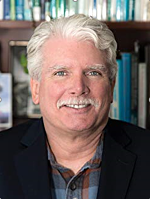 Today’s interview is with Dr. Matthew McKay. Dr. McKay is a co-founder of New Harbinger publications and a professor at The Wright Institute in Berkeley, California. For those who don’t know, New Harbinger is one of the largest publishers of mental health related books. Through New Harbinger, he pioneered the very idea of client workbooks and has written many himself. In addition to being an active researcher, the main thing I wanted to interview Matt about was how he has been able to write more than 30 professional and self help books, which have sold more than 3 million copies. My goal in this interview was to learn how he can write so many books and also to get an insider’s view on how to get a book published in the mental health space.

Dr. McKay began his career publishing a range of books (e.g. business manuals, children’s books) for a small publishing company he created with a friend. He accidentally  stumbled into the world of self-help books when helping his then-girlfriend turn her pamphlet on stress reduction into a book. This book went on to sell over a million copies, underscoring the big demand for accessible, evidence-based, skills building workbooks. Since then, Dr. McKay has written prolifically (usually in hotel rooms, trains, or his country house), authoring more than 30 professional psychology and self-help books which have sold, combined, more than 3 million copies. His motivation stems from a simple principle: he only writes books for people he understands and cares about. For 25 years, he was the clinical director of Haight Ashbury Psychological Services. Now, he is a professor of psychology at the Wright Institute in Berkeley, co-founder of New Harbinger Publications, and the current director of the Berkeley CBT Clinic.

Dr. McKay clearly has a knack for writing (fun fact: he is an accomplished novelist and poet to boot), and in this episode, he shares numerous writing tips, ranging from how to sustain motivation, to how to cater your book to the audience you’re striving to help. If you are a scientist who wants to translate their work into either a professional book or a book for the public, you will want to hear what he has to say.

Links from this episode:

Research Matters Podcast is hosted by Jason Luoma, who can be found on Twitter @jasonluoma or Facebook at: facebook.com/jasonluomaphd. You download the podcast through iTunes, Stitcher, or Spotify.

To get updates about my publications or events, please enter your email: